For over 150 years, photography has helped us capture snapshots in time.  While many common historical images are easily found online and in history books, there has been a recent surge in newly uncovered and previously unreleased historical photos.  These photographs can range from downright amazing, to completely creepy, to bleak reminders of some the darkest parts of human history.  In these rare historical photographs, there’s an entire world being revealed in every shot.   And fair warning: some of these photos can be a little eerie.  Click Next Page to launch this amazing gallery.

Constructing The Statue Of Liberty In Paris, France (1880s)

In this photograph dating back to the 1880s, Lady Liberty isn’t quite ready to make her New York City debut yet.  Instead, she’s still being constructed in Paris, under the guidance of French engineer Gustave Eiffel (who was also responsible for — you guessed it — the Eiffel Tower).  She was finally unveiled on October 28, 1886. 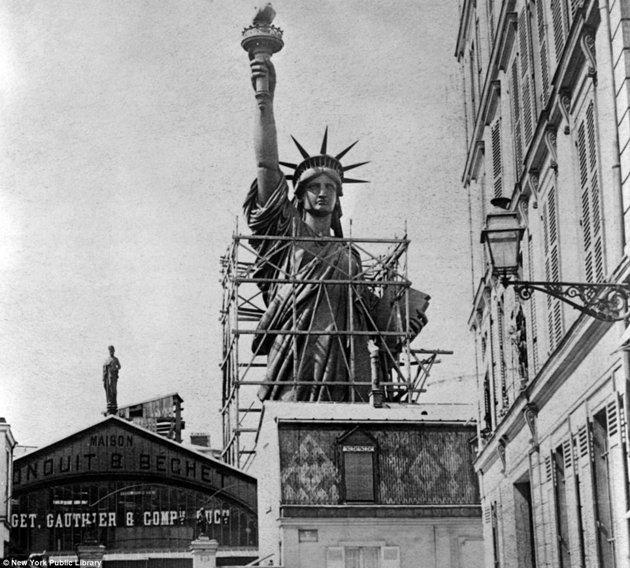 Salvador Dali In A Goat-Drawn Carriage (1953)

Salvador Dali is one of history’s most eccentric characters — even by artist standards.  His imagination extended beyond the canvas, where his surreal paintings of melting clocks turned painting on its head, to more public stunts like the goat carriage shown here.  According to some rumors, he would also use goat feces as a “perfume.” 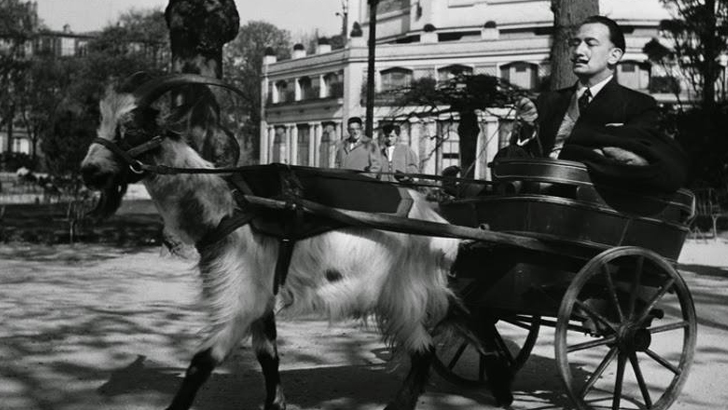 dali history past way back when
1/13
NEXT PAGE >