Sending You Off With A Souvenir

How would you feel if the love of your life left you at home to go gallivanting around the world? This doggy just wanted to see the world, but since she couldn’t go, she sent her owner off with a memento of her love. She even made it herself! 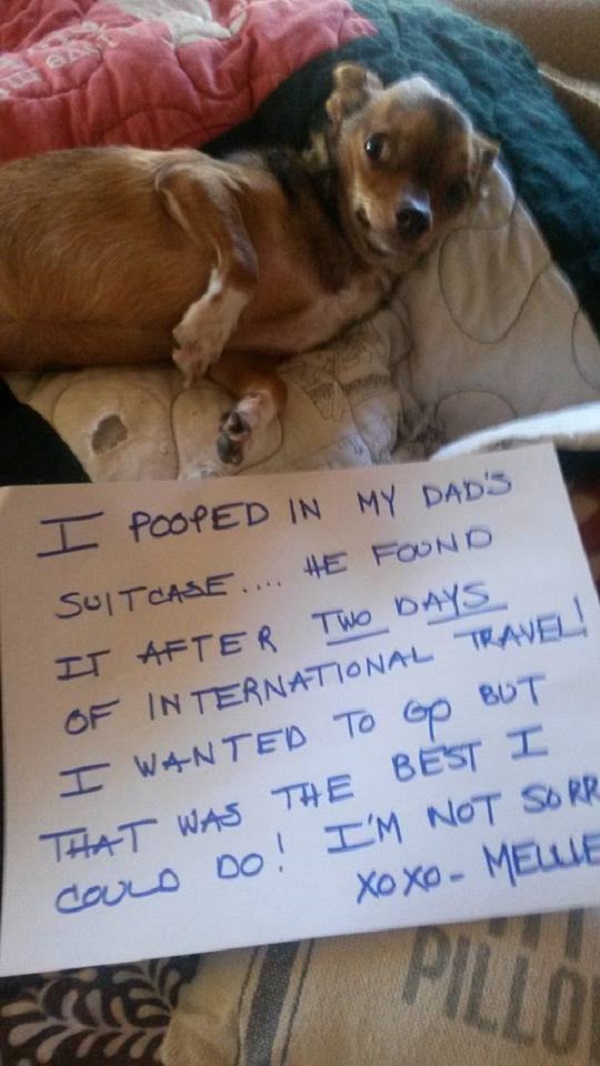 My Bad, I Didn’t Mean To

According to Scientific American, 74% of dog owners out there believe that their dogs experience feelings of guilt. There’s not much empirical evidence for these kinds of secondary emotions, though, as scientists tend to believe that non-human animals don’t have the same self-awareness that we do.

Charles Darwin observed that the behaviors associated with guilt, like lowering one’s head and averting one’s gaze, are actually seen in other social, non-human primate species. Pupper parents can always tell when their critter has been up to something, usually because they show this same body language.